From the very start, the company's focus has been to own and manage properties for public sector tenants, such as the state, municipalities or county councils, who are responsible for the operations conducted on those premises. 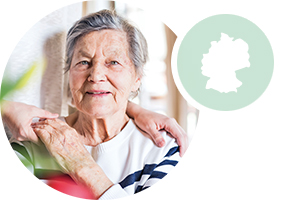 2011
Hemsö completed its first acquisitions in Germany in 2011, comprising 17 properties. Hemsö’s first development project was completed – the construction of a new upper secondary school for 800 students in Upplands Väsby.

2012
Hemsö established an office in Germany. The Third Swedish National Pension Fund acquired the remaining 50 per cent of shares in Hemsö and thereby became sole owner of the company.

2013
Hemsö initiated its first bond programme as part of efforts to secure even more stable funding. The company also entered the Finnish market through the acquisition of Turku University of Applied Sciences. Together with AB Sagax, the Third Swedish National Pension Fund formed Hemsö Intressenter, which acquired 30 per cent of Hemsö. The first elementary school, Harvestadsskolan (with 350 places) was completed in Linköping, as well as the police station in Umeå. 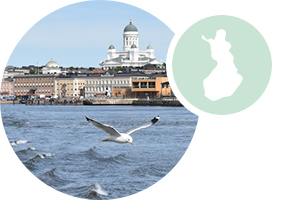 2014
Established an office in Helsinki, Finland.

2015
Hemsö decided to include sustainability in its business model. The company received a credit rating of A- from Standard & Poor’s.

2016
Hemsö issued the first sustainability bond in the Nordic region and established a European bond programme. 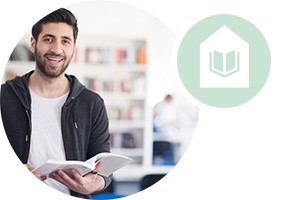 2018
Hemsö completed its first construction in Germany – a secondary school for 1,000 students in Zossen, outside Berlin.

2019
Hemsö completed its first construction of two new fire and rescue stations in Oulu, Finland, and one new nursing home in Germany.